It’s no surprise that internet use has spiked dramatically since COVID-19 lockdowns went into effect around the world. Time spent watching streamed content has more than doubled, and data traffic is up even more than that.

And why not? Screen time can be a pleasurable way to pass time while sheltering at home. More, interactive screen use has become a crucial way for us to stay socially connected with friends and loved ones even as we’ve been told to stay physically distant.

Still, overexposure to the blue light emitted from our screens can have consequences, making it all the more important to follow tips like in the post below (originally posted last August) for reducing its effects…

The Domino Effect of Blue Light 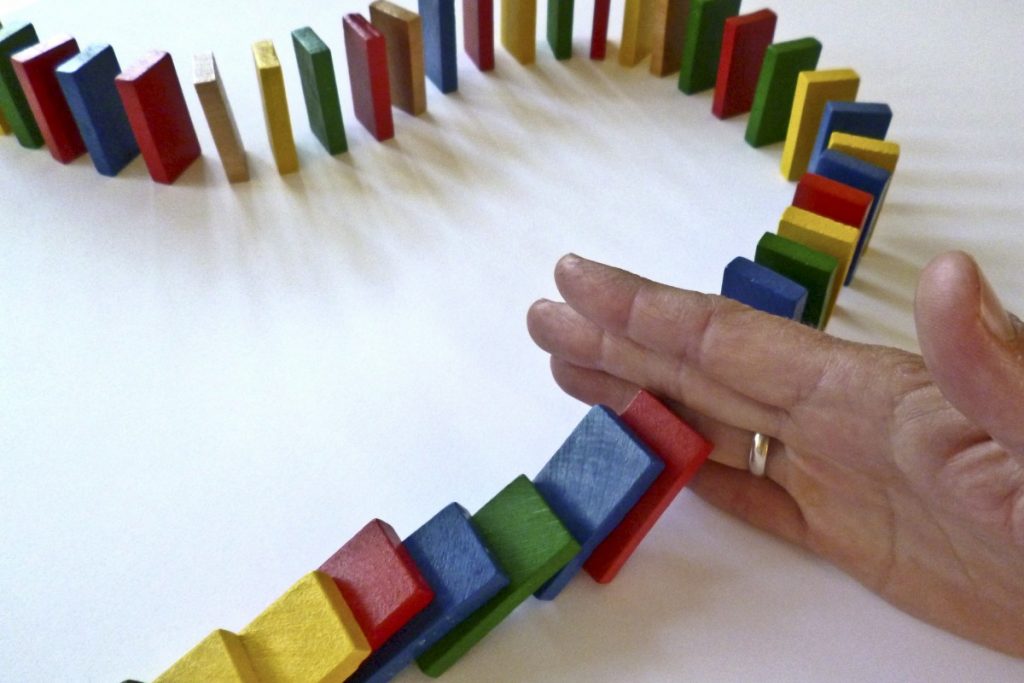 We know smartphones, tablets, and computers can be addictive. Heck, most of us know from personal experience. After all, who hasn’t deleted a time-sucking app or two from their phone?

Even if you’ve done a pretty good job curbing your device dependence, you probably still spend plenty of time on one gadget or another. And if at least part of that screen time is at night, know that the blue light emitted from your tech could be jump-starting another craving.

Research presented earlier this month at the annual conference of the Society for the Study of Ingestive Behavior showed that exposure to just one hour of blue light in the evening raised blood sugar levels and sugar consumption in rats.

In their study, [the authors] exposed rats to nighttime blue light and measured their food consumption and glucose tolerance the following day. It should be noted that, in order to better model human light exposure, the rats used in this study were diurnal, meaning awake during the day and asleep at night, rather than the typical nocturnal laboratory rats which are awake during nighttime hours. The authors found that after only one hour of nocturnal blue light exposure, glucose tolerance was altered in male rats, a warning sign of pre-diabetes.

To investigate what happens with appetite control and food choice after exposure to blue light at night, the rats were given the option to choose among a nutritionally balanced food (standard rodent food), water, lard, and sugar water. After the exposure to blue light, they observed that the male animals drank more sugar that night than during the nights with no blue light exposure.

Other research has shown how blue light can cause eye problems, as well as interfere with getting a good night’s sleep, but trigger nighttime sugar cravings too?

Want to know what else is connected to both sleep deprivation and sugar? Gum disease. Both raise your risk. It’s a periodontal one-two punch, for men and women alike. It’s not good.

But just like other factors affecting your oral health – diet and nutrition, hygiene, exercise, regular dental visits, and the like – you have lots of control. Add a blue light-filtering app to your devices. Try some blue-blocking glasses. Give yourself a technology curfew so you have at least an hour of blue light-free time before hitting the sack.