Better Diet’s the Remedy for Our Epidemic of Decay

We all know that sugar causes tooth decay. In the words of a recent Finnish study,

Dental caries is considered a diet-mediated disease, as sugars are essential in the caries process. 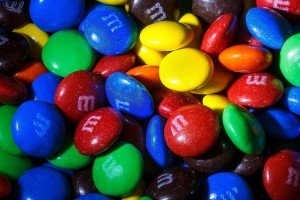 But how much sugar is too much? One of the things this study set out to do was to gauge “the shape of the dose-response association” between caries and sugar intake. What they found was “a linear dose-response relationship…, with the amount…being more important than frequency of ingestion.”

In other words, the dose makes the poison. The more sugar, the more decay.

The researchers also wanted to know whether fluoride exposure made any difference. The answer?

Daily use of fluoride toothpaste reduced, but did not eliminate, the association between amount of sugars intake and dental caries. [emphasis added]

In other words, fluoride didn’t cure or stop caries. At best, it reduced them.

As we noted last time, fluoride is, at best, a stop-gap measure – an attempt to minimize damage rather than keep it from happening in the first place.

No matter what side of the fluoride fence you’re on, perhaps we can all agree that we’re not struggling with an epidemic decayed, missing, and filled teeth because we have too little fluoride. It’s because we are buried in sugars.

If we can agree on that, maybe we ought to be working to eliminate caries instead of putting a bandage on it.

“We can argue all we like about chipping away at the surface with fluoride,” suggests Dr. Steven Lin, a Sydney-based dentist.

But unless we address the deep seeded and endemic dietary issues that reside in our society, the efforts will continue in vain.

If there’s any common ground to be found in the fluoride argument it’s that both sides care immensely about our health. For the sake of future generations it’s time to agree to disagree on fluoride and join to fight the real cause of tooth decay.