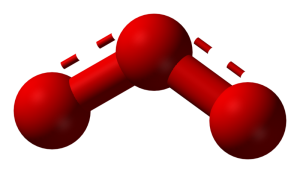 The supercharged form of oxygen called ozone is an essential tool in tending to our patients’ dental needs. Much of this is due to its antimicrobial power. That power is nicely shown in a case report by Dr. Robert Rowen published this past fall.

The case involved a patient who Dr. Rowen had successfully treated for Lyme disease using ozone in lieu of antibiotics. He had returned due to acute right thigh cellulitis caused by tick bite, and opted to have treated with ozone instead of antibiotics.

The rash began to fade the next day and was fully gone by the second day. Based on this and similar cases, Dr. Rowen writes,

Ozone therapy could be considered as an adjunctive or alternative therapy for bacterial infection.

It certainly helps control bacteria in the mouth, attacking pathogens so healthy oral bacteria can thrive. But other recent papers offer yet more evidence of other roles it can play.

For instance, one study published late last year in the Journal of Applied Oral Science suggests that ozone may be effective in the early stages of oral wound healing due to its ability to stimulate the circulatory system.

Researchers in Turkey tested ozone therapy on oral wounds in eight healthy pigs. Why pigs? “They have anatomical and physiological skin characteristics that are similar to humans,” note the authors.

So they created six small wounds in the roof of the mouth of each pig. Three wounds in each pig were treated with ozone gas. The other three wounds were left to heal naturally. Tissue samples from the wounds were analyzed on the third, seventh, and tenth days of the study.

The results suggested that, indeed, “the topical application of ozone gas could be effective in the early stages of wound healing” due to its ability to increase a signaling protein – VEGF – that promotes the growth of new blood vessels. It helps restore blood supply to cells and tissues.

Human studies have likewise suggested a role for ozone in promoting wound healing.

One study published last fall found that ozone therapy (as well as laser photobiomodulation) helped speed up healing following free gingival graft surgery – a procedure in which tissue is removed from the palate and placed where gum tissue has receded. It also reduced post-op discomfort.

One of the big plusses here is that ozone is both natural and safe. At the low doses we use in dentistry – and the ways in which we administer it – there are no side effects or contraindications. Yet it’s a powerful tool for supporting our patients’ oral health and healing.