And the Current Verdict on Xylitol Is… 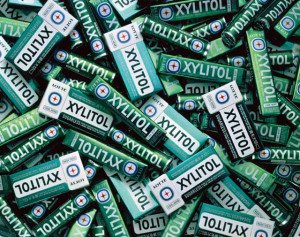 Over the past few years, there’s been a lot of hype about xylitol – an artificial sweetener believed to prevent cavities. But as we’ve seen, research supporting that claim has been mixed at best. There’s seemed to be some benefit, but moderate and limited.

Now a new study in Cochrane Reviews has more clearly shown that, at present, there really isn’t much good evidence to justify the xylitol hype.

The authors analyzed results from 10 studies involving nearly 6000 subjects. The xylitol products ranged from lozenges to syrup to toothpaste and wipes. The only real positive evidence they found was for xylitol toothpaste, which was found to be more effective than a control product, with no adverse effects.

But overall, they found the evidence low quality and very limited.

One particularly glaring problem was that 7 of the 10 studies considered – including the toothpaste studies – were deemed “highly biased.” As for the rest?

The remaining evidence we found is of low to very low quality and is insufficient to determine whether any other xylitol-containing products can prevent caries in infants, older children, or adults.

If there’s one thing this study makes clear, it’s that more and better research needs to be done.

That said, it’s also a fact that xylitol is hardly a necessity for your teeth. Like herbal and other specialized hygiene products, it may support good oral health. It doesn’t create it. That comes most from a healthful diet – with minimal added sugars and other hyper-processed carbs and starches – and optimal hygiene, including brushing, flossing.

Keep in mind, though: Some dental situations – such as bruxing and chronic dry mouth – can raise your risk of caries (tooth decay). In those cases, your dentist can help you successfully deal with those to keep your risk low.