Activists Fighting to “Get the F Out of Texas” 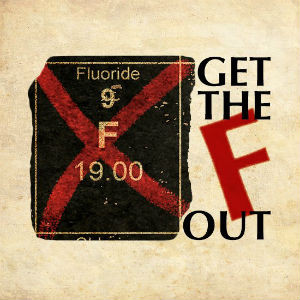 Next Wednesday, activists will gather outside Dallas City Hall in protest of the city council’s decision to keep on fluoridating city water. “On March 25,” declares Fluoride Action North Texas in a press release on the event,

our large and diverse group will stand together to voice; we are outraged the council ignored the science that shows fluoridation is not safe and effective for everyone. We are livid the Council did not take advantage of the many opportunities at their disposal to have open debates or conversation with the experts about fluoridation. We are appalled at the blatant disregard for the voice of the people and the Council’s lack of informing the public. This group of thirteen voted to continue a program that the risks far outweigh the supposed benefits. We assert The Dallas City Council’s action of purchasing the Hydrofluorosilicic Acid to be added to the Dallas Water Supply as a willful disregard for the health of the public. This action cannot go unchallenged.

Of course, Dallas isn’t the only city in Texas where concerned citizens are making a difference. Down in Austin, activists believe this is the year in which change may finally be possible. After all, their city council is almost entirely new, and their new mayor “has expressed a willingness to take a fresh and impartial look at fluoridation.” What’s more,

Even the staunchest local supporters of fluoride—after years of labelling us fringe, weird, tin foil hat and the like, have been slowly forced to acknowledge the fact and adapt their tactics accordingly. Key to the sea change was likely a survey conducted by KEYE-TV in mid-2012 in which roughly half (49%) of those polled called fluoridation as a waste of money… Since it’s now impossible to insult fluoride opponents without insulting about half of Austin’s population, the politically-motivated pushers of fluoridation have backed off a bit and directed their scientifically-bankrupt ire elsewhere.

One of their actions has been to secure airtime for an excellent PSA to “Get the F Out of Austin”:

Since the study mentioned in the PSA was done, others have continued to confirm that fluoride is not something we should be ingesting so much of. (Even conventional dentists and public health advocates have noted that we’re all getting far too much fluoride.) A study published earlier this year in the journal Environmental Health, for instance, found that ADHD rates are higher in states where a larger proportion of people get fluoridated drinking water. Obviously, more study is needed to determine if there’s a causal link. Yet in light of past research – such as last year’s neurotoxins study in Lancet Neurology – the new data does suggest continued caution.

Another recent study – this, in the Journal of Epidemiology and Community Health – showed a link between excess fluoride consumption and underactive thyroid. Simply, fluoride blocks your thyroid’s natural ability to produce iodine. Hypothyroidism, in turn, can cause other problems, such as depression, weight gain, fatigue and muscle pain.

Fluoridated water has proven to be no panacea. The risks it has been shown to carry far outweigh any modest benefits it may confer. As Paul Connett has said, “It is time to get dentistry out of the public water supply and back into the dental office.”

To make a donation to help Fluoride Free Austin keep their PSA on the air, visit their project page at Indiegogo.