A Look Back at…The Trouble with Starches 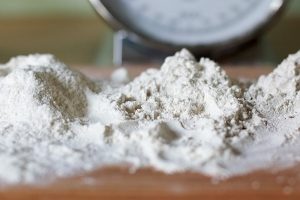 You already know that sugars are bad for your teeth, but it’s not just about soda, candy, and other sweet treats. Starchy carbs are a problem, as well – bread, pasta, crackers, and other foods made with refined grains, for instance, or chips and other potato products.

We’ve known for years that such foods can lead to dental nightmares – Weston Price showed as much – but the matter was highlighted last summer in a meta-analysis published in the Journal of Dental Research.

Analyzing data from a range of studies on dietary starch consumption and oral health, the authors found that while there was no apparent link between total starch intake and oral health, eating a lot of rapidly digestible starches (RDS) such as refined grain products “significantly” raised the risk of developing tooth decay.

Whole grains, beans, and other slowly digestible starches, on the other hand, were seen to slightly lower the risk of oral cancer and severe gum disease, although the quality of evidence wasn’t high.

This is in line with other research, and not just that conducted by Weston Price back in the 1930s. Similar studies of dietary patterns among indigenous populations have likewise shown how trouble arises when people shift from the stuff of traditional diets to hyperprocessed carbs.

One such study was summarized not long ago in the journal Open Heart. Here, dietary patterns of the Alaskan Inland Inuit were analyzed. Originally, this semi-nomadic group lived largely on wild game and fish they hunted. After they settled into non-nomadic communities, roughly half the protein in their diet gradually became displaced by processed carbs they bought from a local “white trader” store.

This rise in the intake of carbohydrate was paralleled by an ‘almost 90% increase’ in the sum of decayed, missing and filled permanent teeth for primary teeth (from 3.0 to 5.6) and a fourfold increase in those >6 years old, ‘the percentage of caries-free persons had decreased from 74.5% to zero in 8 years…While 50% of the children in 1955–1957 had caries-free primary teeth all the children had decayed teeth in 1965…The most dramatic change was observed in individuals 30 years of age or older. In this previously caries-free group, all subjects had developed caries in 1965’. Thus, the Alaskan Inland Inuit that had subsided on a diet virtually devoid of carbohydrate for most of their life who did not have any dental caries between 1955 and 1957 had all developed dental caries by 1965…

In all likelihood, most of those carbs were of the highly refined type and included sugars as well as rapidly digestible starches (which, themselves, are processed by your body as sugar). Other research has shown that this combination – refined starches and sugars together – may be even more damaging to teeth than either one alone.

So instead of grabbing for a handful of crackers, bag of chips, candy bar, or other convenient but carb-a-rific snacks when you want a midday boost, think nuts and seeds, veg or fruit instead. Slice up some cucumbers to dip in a nut butter, for instance, or dip pepper slices into some homemade guacamole.

Yes, such snacks take a bit of planning. Vending machines and convenience stores aren’t known for their selection of fresh produce and healthy snacks, after all. For more ideas, check out our post on healthier snacking.