A Look Back at…The Power of Ozone

Did you know that oxygen has a role to play in your oral health?

No, getting a breath of fresh air isn’t enough to kill harmful microbes in your mouth. But there’s a super-charged form of oxygen that helps eliminate bacteria, fungi, viruses – even parasites – that can create disease and dysfunction.

That highly reactive form of oxygen is called ozone. Yes, the same gas that protects you from harmful ultraviolet ray levels is a powerful disinfectant! 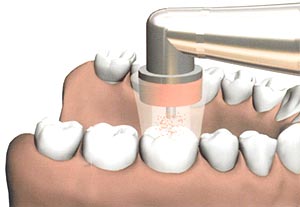 Ozone is comprised of three oxygen atoms and so is sometimes referred to as O3. Too much of it for an extended period of time can cause problems – as in smog – but controlled, therapeutic use can help treat and heal a wide variety of dental and medical issues. (In fact, a medical team recently traveled to Sierra Leone to help combat ebola with ozone.)

Infections cannot survive when they encounter ozone’s volatile, reactionary nature, which makes it perfect for the minimally-invasive treatment of gum and bone infection. Not only does ozone therapy clear out the infection; it promotes better blood flow, enhanced immune response and quickens healing.

Most of the time, dental ozone is applied as a gas or via ozonated water – or both, as the situation demands. Some typical uses, as described by biological dentist Dr. Vern Erwin:

Additionally, some biological dentists will use ozone injections to treat cavitations – areas of dead and decaying tissue that can form after extractions if the socket is not cleaned thoroughly. (The periodontal ligament must be removed!) Left untreated, cavitations can contribute to a host of systemic health issues, including chronic pain, arthritis, cancer, heart disease and neurological problems. (Learn more about cavitations in this two part video.)

Ozone therapy helps us neutralize an area before filling a cavity or undergoing cosmetic surgery, thus reducing the chance that an infection will start. It has also shown great success in cleaning the gap left by a tooth that needed to be pulled.

A July 2013 study in the Journal of Clinical and Experimental Dentistry found that while chlorhexidine – a common oral disinfectant – was more effective against S. mutans (one of the main kinds of bacteria involved in tooth decay), ozone is still an “efficient cavity disinfectant when it is used appropriate concentration and period of time.”

Gaseous ozone demonstrated a strong antimicrobial effect on cariogenic bacteria in both in vitro and ex vivo conditions and it can be used as an adjuvant in caries therapy.

Most importantly, ozone therapy helps you heal more quickly with less pain. This was nicely demonstrated in a study published about a year ago in the International Journal of Oral and Maxillofacial Surgery. Sixty subjects had their wisdom teeth removed. One extraction site was treated with ozone and the other with “sham ozone therapy.” Overall, participants reported less pain on the treated side, as well as using fewer painkillers.

A healthier mouth and better healing those times when dental work is needed? Who wouldn’t want that?