A Look Back at…Ozone for Oral Candidiasis

It’s normal to have small amounts of yeasts living in your body. But an overgrowth can mean trouble. 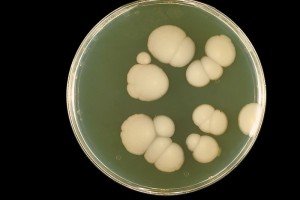 For instance, an overgrowth of Candida albicans (C. albicans) – one of the most studied types of fungus in the human microbiome – generates toxins that your immune system may struggle to cope with, leaving you feeling achy and tired. Unfortunately, the modern Western lifestyle does a lot to feed candidiasis. The sugary and highly acidic Standard American Diet and chronic stress are two major environmental triggers of the condition.

When candidiasis occurs in the mouth, the result is a condition called thrush, which is characterized by white bumps on the tongue, lips or other soft tissues. You may run a fever. Swallowing may be tough.

Candida can also raise your risk of caries and gum disease. Research published last year in Infection and Immunity showed how C. albicans teams up with S. mutans – one of the major caries-causing bacteria – to create stronger, more virulent biofilms (plaque) on the teeth.

Published in the Indian Journal of Dental Research, this small but compelling study compared ozone with clotrimazole – a common antifungal med – in the treatment of oral candidiasis. Patients in both groups showed a significant reduction of the yeast, but that reduction was more pronounced for those who were treated with the ozonated water. They experienced a 60.5% reduction – vs. a 32.3% reduction in the clotrimazole group.

And by the end of treatment, more than half of those in the ozone group who had been diagnosed with candidiasis showed no further signs of overgrowth.

“The results of our study,” note the authors,

should provide a guideline for further researches as present findings suggest that ozonated water might be useful to control oral infectious microorganisms, particularly C. albicans. Topical ozone therapy, when given in therapeutic doses through a controlled device, is the safest known therapy.

While and longer term studies are still needed, they add, the present one fits comfortably with previous research on and clinical experience of the power of ozone to treat both oral and systemic infections alike.