Exercise Is Essential for Mouth/Body Health, but Sports Drinks Sure Aren’t 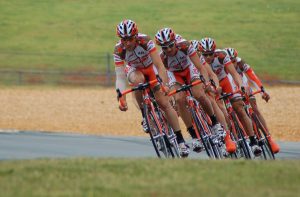 Research in the BDJ reveals that high-performance athletes have high rates of cavities and gum disease even though their oral hygiene is better than average.

Researchers collected data on the oral hygiene and eating habits from nearly 400 Olympic and professional athletes, then provided dental check-ups measuring tooth decay, gum health, and acid erosion. What did they find?

Nearly half (49.1%) had untreated tooth decay, the large majority showed early signs of gum inflammation, and almost a third (32%) reported that their oral health had a negative impact on their training and performance.

Not only was their athletic performance compromised, they had more decay and gum disease despite better than average oral hygiene.

94% of these elite athletes reported brushing their teeth at least twice a day, and 44% reported regularly cleaning between their teeth (flossing) – substantially higher figures than for the general population (75% for twice-daily brushing and 21% for flossing).

Dr. Julie Gallagher, from the UCL Eastman Dental Institute Centre for Oral Health and Performance where the study was performed, places part of the blame on their diet. While most athletes reported eating healthfully,

The researchers found that the athletes regularly use sports drinks (87%), energy bars (59%) and energy gels (70%), which are known to damage teeth.

You’ve seen it happen during the Olympics or while watching a football game. A long-distance cyclist takes a squeeze from a tiny packet after she tears the top off with their teeth (teeth are not tools by they way), or football players pump fluorescent drinks into their mouths after a touchdown. Sure, they’ll get a burst of energy, but all it takes is one glance at the top ingredients for these products to see the big, bad reason why.

And whether it’s labeled as sugar or as one of the 61 other names for the stuff, it’s not good for your oral and overall health no matter how much you workout. 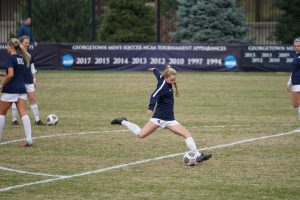 Constantly chugging or eating sugar means a perpetual feast for the bacteria and other harmful microbes that dwell in even the cleanest mouth. It also means a perpetually acidic oral environment. Those acids – a waste product generated by the bacteria – destroy tooth enamel, leaving teeth more vulnerable to decay.

Plus, it doesn’t matter whether you’re a triathlete, someone playing a weeknight game of pick-up basketball, or a kid at a soccer tournament, sugar is a toxin for everybody. As far as carb loading? Not much better.

But sugar is just part of the problem. Another is dry mouth, which most athletes – elite or otherwise – can experience during a workout.

Saliva plays an important role in neutralizing acids in the mouth, as well as killing germs and protecting tooth enamel, and breathing less during intense exercise means that there is less saliva providing all of these health benefits. So you combine less spit with a high volume of sugary and acidic drinks and supplements, and athletes’ teeth and gums could be facing a world of pain.

Sure, you could go sugar-free, but synthetic sweeteners can cause their own problems. So what are some better choices?

You can’t beat water for that all-important hydration, but if you crave the sweet, there are options available that use safer alternatives such as stevia, xylitol, erythritol, and monk fruit.

Another option is to make your own energy bars, where you control all the ingredients yourself. You can find plenty of recipes via a simple Google search. (Just remember that even less refined sweeteners like molasses and honey are still sugar. Dried fruits can also spell trouble for teeth, being sticky and having their sugars concentrated.)

Integrating physical activity is such an important part of overall health, but if you’re re-energizing with sugar, you’re not doing yourself, or your teeth and gums, any favors. Ditch the gels, bars, and drinks, and energize in ways that increase your health and athletic performance instead of impair it. That way, even if you come up short for that pick-up basketball game, everyone’s still a winner.